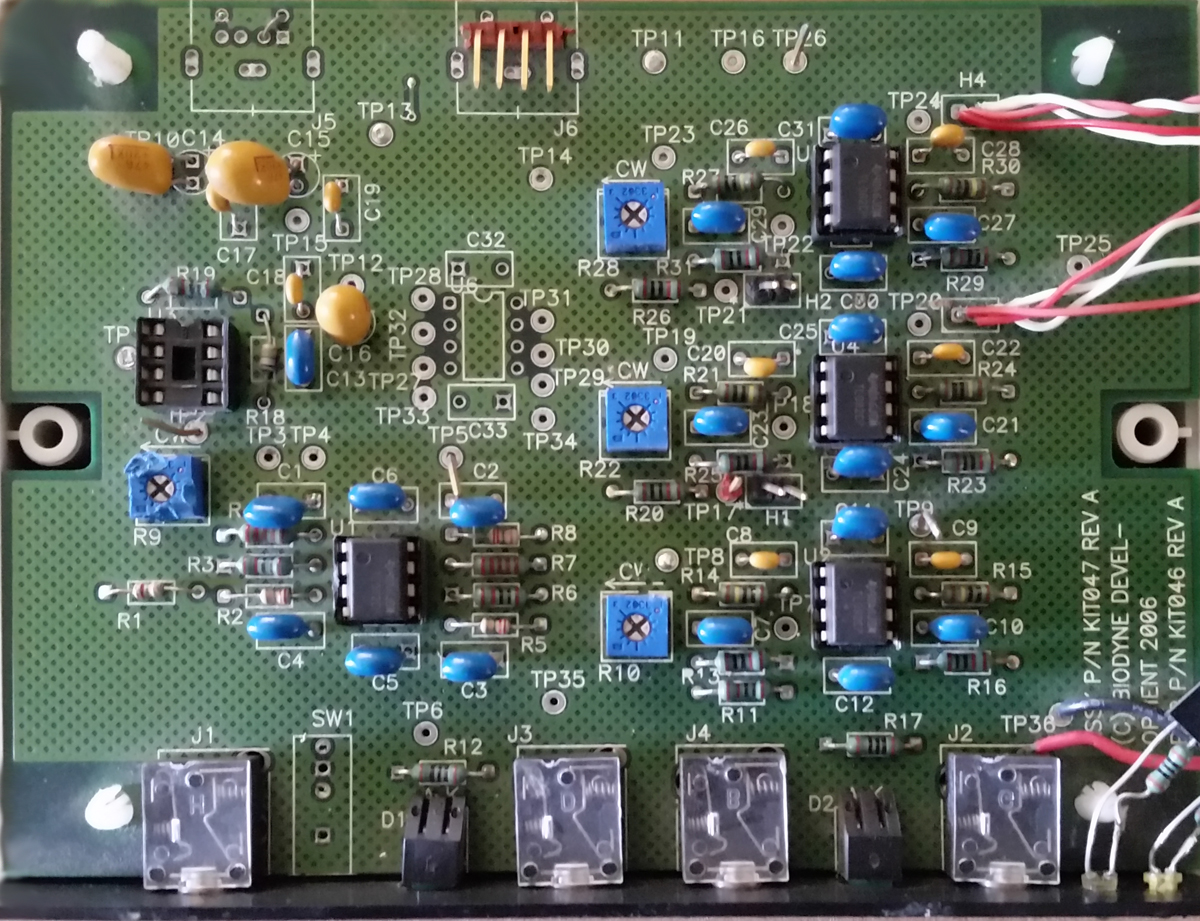 A two-stage Signal Advance circuit prototype was developed that allows the signal temporal advance to be seen with the naked eye. The temporal advance achieved in each stage was roughly 0.45 s resulting in a 0.9 s overall advance over two stages. The circuit was tested using a Gaussian (bell-shaped) pulse as the input signal.

SA circuitry in operation: the temporal advance of the input pulse is clearly visible.   Note the order in which the LED’s appear. The first to light is LED “2”, (output – second stage), followed by LED “1” (output – first stage) and then the “Input” LED.

Above is a time-lapse video of a dual-trace oscilloscope (timescale: 0.5 s/div) showing the temporally advanced output pulse (output from the second SA circuit stage) relative to the input. The temporal advance achieved was just under 0.5 s, per circuit stage, giving an overall time advance of nearly a second. Note the output distortion (narrowed pulse width  and skewing) relative to the input.

These preliminary results efforts convincingly demonstrated that a signal temporal advance design using NGD can be implemented in electronics, and indicated the following: