In interventional medical devices or non-medical control systems, delays in detection, processing and response to various signals negatively affects overall performance. Certain human patho-physiological events are good candidates for the application of temporally-advanced waveform detection. For example, with certain types of biomedical signals (e.g. heart, brain) the greater the delay, the more difficult it is to successfully intervene in order to contain or limit a pathological process such as cardiac fibrillation or an epileptic seizure. The earlier the intervention is initiated, the greater the probability of success. SA technology has potential in early arrhythmia and epileptic seizure detection and intervention.

SA technology may be well suited for medical instruments and treatment devices as well as electrophysiological interfaces used in the detection, acquisition and processing of band-limited analog waveforms produced by the body (e.g., brainwaves such as the EEG and MEG; neuromuscular potentials – EMG (electromyogram); cardiac rhythms – ECG).

Demonstrating reliable and consistent temporally advanced detection of electro-physiological waveforms may enable intervention with a pathological event (much) earlier than previously possible. SA detection could also be used to improve the performance of cardiac rhythm management, neurostimulation, neural computer interfaces, neurotherapy applications, radiation therapy and imaging. SAI’s initial R&D focus is the application of SAT to the detection of bioelectric signals for potential use in interventional medical applications.

Various sources of artifacts often lead to unwanted signal components that overlap or mask the electrophysiological signals of interest. Much of the current artifact detection/correction research focuses on reducing the computational load of present artifact-rejection algorithms in order to reduce their processing time. A number of these techniques operate in the frequency domain over narrow spectral bands.

In electrocardiology, current sensing technology typically acquires multiple consecutive heartbeats to detect anomalous cardiac signals and then generates a necessarily delayed response. However, anti-tachycardia therapies are most effective the earlier the delivery following onset. SA technology may provide a means for earlier detection of life-threatening cardiac activity thus allowing for more rapid intervention which increasing the probability of a positive outcome.

Further, cardiac signal components indicative of fibrillation (F-waves) or tachy-arrhythmia can be masked by the large amplitude ventricular QRST complex. Signal advance could be applied differentially to temporally shift the F-wave, to facilitate detection. The ability to rapidly distinguish life-threatening ventricular fibrillation from arrhythmias is critical for avoiding lethal consequences given the short time available to intervene.

In epilepsy, seizures typically begin focally (confined a small region of the brain) and can become generalized in fraction of a second. The performance features most critical to successful seizure suppression and neural pacing include high sensitivity and specificity, and, most important, rapid or early detection. Earlier detection of epileptiform EEG signals and faster overall response would improve intervention efficacy.

In gated imaging or radiotherapy, trigger signal are used not only to “gate” the timing of image acquisition or radiation, when movement is minimal (between heartbeats or breaths) but to halt the process when unexpected movement is detected. In imaging, movement due to either respiration or a heartbeat can result in imaging artifact. These artifacts not only reduce image quality and may result in the need for additional scans, increasing patient exposure. In gated radiation therapy, respiratory or cardiac gesticulation may result in the unintended irradiation of normal tissue and/or decreased radiation of the targeted cancerous tissue or tumor. In both applications, is important to halt the process as quickly as possible when unexpected movement is detected. SA technology could significantly reduce delay in movement detection and thereby improve performance.
In general, reducing response times and/or temporally separating overlapping signals could yield significant improvements in overall system performance which would allow for more effective treatment of certain conditions. This potentially opens the door to a whole new class of medical devices that respond faster than any that is currently available.

The signal characteristics of interest and the application requirements determine the SA circuit design-performance criteria. For example, in the case of ECG used in implantable cardioverter/defibrillators (ICDs), the frequency range of interest is often less than 40 Hz and the shape of the detected signal is important for extracting specific signal features or characteristics. Thus, SA circuitry would be designed to provide a constant advance and gain through 40 Hz, and thereby minimize signal distortion.

In contrast, with ECG-gated imaging or radiation therapy, in which only the detection of the QRS peak is required, the waveshape is not nearly as important. Some signal distortion may be acceptable in order to increase the peak detection temporal advance. 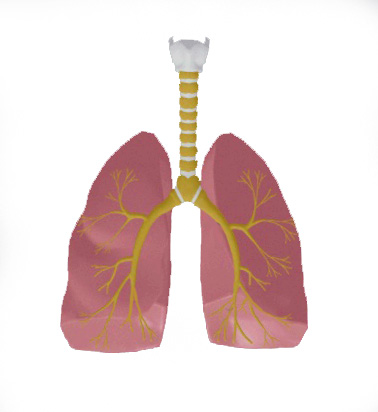 Respiration rates are typically well under 60 breaths per minute (frequency: 1 Hz). Motion of the lungs or other organs resulting from respiration would present a similar movement profile as that of the respiratory cycle. To temporally advance respiratory related signals, SA circuitry can be readily developed that would temporally advance signal detection by over 0.5 sec. In respiratory gated radiation therapy, SA circuitry designed for such lower cycle rates could provide a much earlier termination trigger to halt tissue irradiation, reducing damage to normal tissue and radiation target accuracy.

The processing demands associated with neural interfaces for prosthetic and/or robotic applications still limit cybernetic performance, as long time delays are associated with control (feedback) loops. The steps involved in detecting, processing and interpreting neural signals result in overall response delays in “smart” prosthetic limbs that are much longer than biological response times. SA technology could be used to temporally advance signal detection and offset some of the processing delays. 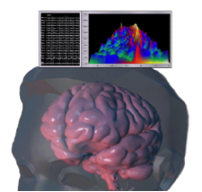 In neurofeedback therapy, EEG signals are detected and interpreted to control the “feedback” provided to the patient, thus is a form of operant conditioning. Reducing the amount of feedback delay should improve the efficacy and efficiency of neurotherapy in general. Most neurofeedback systems operate on EEG signals with spectral content well under 100 Hz, thus making these systems good candidates for the application of SA technology to reduce or eliminate feedback delay.
From these examples, it is clear that unique SA technology must be designed for the specific application. SA circuitry development must consider trade-offs between the temporal advance that may be achieved, the minimum spectral range required, and signal distortion tolerance. For SA technology to be of practical use in electrophysiological applications, 1) the overall temporal advance achieved must provide a significant (usable) offset to the signal processing delay, or 2) provide a means, in real-time, to separate masked or overlapping signal components based on spectral content. In near-term applications, the temporally advanced output signal should be a high fidelity representation of the input signal in order to take advantage of current detection, feature extraction and other signal processing methodologies.

There is ample empirical evidence that SA circuitry can be developed to impart nearly constant amplitude gain and advance for a wide variety of biomedical signals. Based on direct experimental results, the overall temporal advance can be increased by cascading multiple SA circuit stages, provided that signal distortion and any introduced artifacts are kept to a minimum through appropriate and judicious use of filtering and signal conditioning. 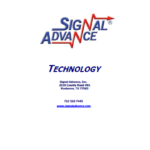